Wind Made of Kisses 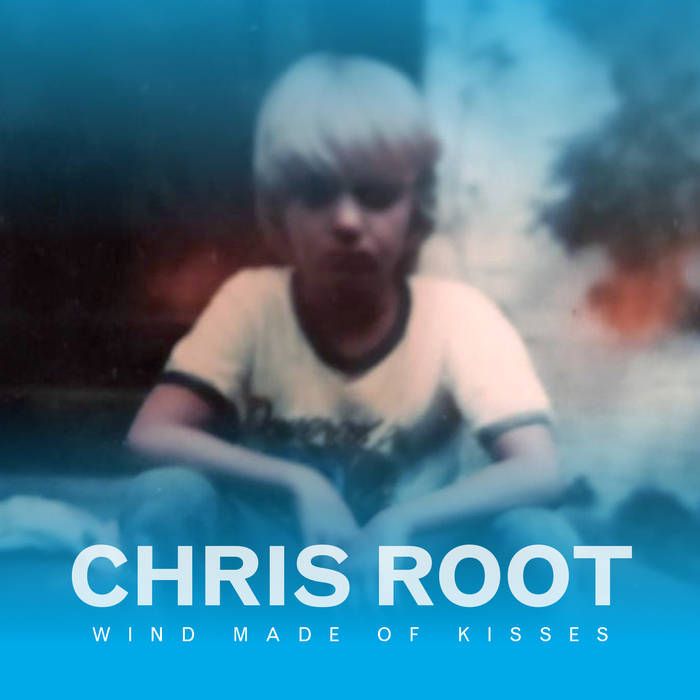 gerags I absolutely adore this album, it is truly a thing of beauty - thank you !

During his fifteen years of record-making under various guises, Chris Root has created music that’s been dependably – but deceptively -- sunny. His work with AM-60 and Mosquitos boasted breezy melodies and recounted dreamily romantic tales about chance encounters, stars aligning, charmed lives led on the beaches of Rio de Janiero, in seaside Mexican villages, on the streets of New York City’s West Village. But harbored within his hummable tunes was a hint of melancholy, a longing, that gave his songs a deeper character.
On his first solo album and his debut release for Team Love, Wind Made Of Kisses, composer, singer and multi-instrumentalist Root pushes back that encroaching sadness to bring forth sunshine – for us as well as for him. It’s a welcome return for Root, who has used the album format as a kind of diary, My Struggle with lilting pop melodies. Root came to prominence in the early oughts via two bands. AM-60 made immediately likeable, concise pop rock; Mosquitos, co-fronted by Brazilian singer Juju Stulbach, gave the formula a bossa-nova twist. Mosquitos’s “Boombox,” which chronicled the real-life courtship of Root and Stulbach, not only became an indie-rock hit, but caught the ear of music supervisors in the brand, TV and film worlds. Mosquitos got considerable licensing love. Subsequent Mosquitos albums chronicled Root’s and Stulbach’s life together, split between New York City and the Pacific coast of Mexico, and described the often sweet, occasionally uneasy, split between hectic urbanity and tropical isolation.
Root is officially back in the city for good now, the relationship with Stulbach is over, and as he rebuilt his life and his career, these songs began to emerge. Leaving his Mexican home and his marriage behind has not been easy, and he admits he went through some dark moments, including a debilitating bout with pain killers. But he has emerged stronger and resolutely optimistic; these new tunes are that much sweeter given the personal battles that led to them. A glimpse of darker times can be found on “Love by 1,000 Cuts,” which, Root explains, was the first song he wrote for the album: “Then I thought, I don't want to write a record about pain. I want to transform the pain into something beautiful. So I sat down and wrote '’Blow It up With Love,’” which is now a blissful slow-dance of an album opener. Asked by his producer Scott Hollingsworth, who’d previously worked with Root and Stulbach on a duo album called Undersea Poem, how to describe what they were making, Root responded, “’I’m not sure, Love Boat music maybe?”
After Root wrote “1,000 Cuts,” he says, “the songs started pouring out, 40 or so. I let Scott, my producer, pick what song we would do next. He chose all 11 songs on the album.” Hollingsworth arranged vocal harmonies that he, Root and back-up singer Simi Stone would perform. (“Simi made the record like ten times better than it was,” enthuses Root. “She is from a planet I want to visit.”) Frank Morin, especially outstanding on “The Moth,” played guitar: the brilliant Michael Leonhart, who produced the final Mosquitos’ album Mexican Dust, contributed trumpet; Wilco’s Nels Cline played pedal steel on “Wonder”; and former Mosquitos keyboardist Jon Marshall Smith mastered the disc and let his pet cat do the purring you can hear on “I Miss My Cat.” That song, like several others, has a surface simplicity that gives way to heavier emotions: “It’s about Yashimi, my cat in Mexico. She still
lives there with Juju. But I think it’s also about Juju,” which becomes clear if you give it a considered listen. Similarly, “I Miss the Rain” started out about the calmness Root feels listening to the rain against his city window, but somehow morphed into mourning for Prince, a sort of free emotional association.
But one doesn’t have to dig too deeply to appreciate Wind Made of Kisses, another evocative chapter in Root’s musical autobiography. It’s also about the joys of swimming in the ocean (as opposed to polluting it), making the most of summer before ends, the possibility of falling in love, the will to live again. We can all use a voyage on his love boat right about now.
--Michael Hill

Simi Stone: stone cold singing her beautiful heart on to this record.
www.simistone.net

All Horns by Michael Leonhart
www.michaelleonhartorchestra.com

Francis Morin played guitar on all tracks except Wonder

Kittytimbo..... one word. He is sensitive about it.
Purring on i miss my cat

During his fifteen years of record-making under various guises, Chris Root has created music that’s been dependably – but deceptively -- sunny. His work with AM60 and Mosquitos boasted breezy melodies and recounted dreamily romantic tales about chance encounters, stars aligning.
On his first solo album, Root pushes back that encroaching sadness to bring forth sunshine – for us as well as for him. ... more

Bandcamp Daily  your guide to the world of Bandcamp

outré black metal, with a Victory Over the Sun interview and music from Liturgy and Jute Gyte.